The following is a summary of various bad bills that were working their way through the Legislature during the 2016 session. Fortunately all of these proposals were either soundly defeated or stalled a different points in the legislative process — in large part due to citizen outrage and opposition.

Thank you to those of you who contacted your legislators about these terrible bills and for making your voices heard. Your calls, emails, and personal letters made a difference.

Unfortunately, due to the ongoing mass litigation nuisance suits and outcomes in other court cases, the industry is likely to be emboldened to bring back some of these proposals, which would further erode the limited rights surface owners have and eliminate laws that surface owners and others living with oil and gas drilling in their communities are using to seek relief from drilling related impacts that are not regulated by the DEP.

Anti-Nuisance Suit Bill
The most egregious of these proposals was SB 508, which would take away citizens’ ability to bring “nuisance” suits against oil and gas drillers or others who engage in activities that harm their property values or interfere with the enjoyment and use of their property. Although much of the discussion around the bill focused on oil and gas drilling, the effects would not be limited to suits over oil and gas related activities. The bill would have given businesses virtual immunity from nuisance suits as long as the business does not violate a law, regulation or the terms of their license or permit. Drillers and other businesses could use this “permit shield” as a defense, even if the activity causing the nuisance isn’t covered or regulated under the license or permit.

After passing the Senate, the bill stalled in the House due to concerns expressed by House Speaker Tim Armstead that the bill was too broadly written and one-sided. With only a week left in the session, Armstead said it would be difficult to sort through all of the issues and concerns raised about the bill. He said if the House moves forward with the legislation they want it to be something that protects property rights.

If SB 508 had passed, property owners would have no legal recourse to hold irresponsible neighbors accountable for their actions. We can’t let the Legislature take this right away.

“Right to Trespass” for Survey Access
Last year the Senate Judiciary Committee passed out SB 596, which would give pipeline companies planning the interstate pipeline projects the right to access private property for the purpose of surveying without getting landowner permission. Currently, there are several such pipeline projects at various stages of development that will cross portions of West Virginia. The bill effectively reversed a Monroe County circuit court decision regarding survey access for these pipeline projects — a decision that was recently upheld by the West Virginia Supreme Court.

In the Monroe County case, the judge ruled that the Mountain Valley pipeline was not for a public purpose and therefore the pipeline company didn’t have a right to survey people’s land without their permission.

SB 596 gave pipeline companies who have made application and been assigned a docket number by FERC the right to enter for survey activities. The bill required notice to all owners and occupants 15-60 days before entry, requirements that do not currently exist. The bill also limited surveyors to the use of hand tools, and prevents driving or parking motor vehicle on the property without permission.

This “right to trespass” bill was soundly defeated on the Senate floor, with only 11 Senators voting in favor and 23 opposed.

(Simple) Majority Rules & “Invisible Ink” (AKA Joint Development)
There were also two bad bills that negatively affect both surface and mineral owners. The House Energy Committee approved a bill (HB 4639) that would allow drillers to lease jointly owned or heirship mineral tracts if a simple majority of owners agree to sign – changing existing common law that currently requires all owners with an interest in tract to sign before a company can execute a lease.

HB 4639 appeared to be on the fast track, but was later declared dead by Delegate Woody Ireland, whose committee had originated the bill. Afterward, an even worse version of this forced leasing legislation began moving in the Senate. In addition to ignoring the wishes of these surface owners if a little more than 50 percent of their co-owners in the mineral tract make a deal with the gas company, SB 646 would allow tracts to be pooled into units without surface or mineral owner agreement, and allow a surface owner’s land to be used for one of those monster pads for horizontal drilling even if there was a “no surface use” lease. The bill says, “The operator’s use of any surface tract overlying the jointly developed leases shall be permissible for that joint development.”

These proposals are one-sided pooling bills (the industry gets what it wants, but protections for surface and mineral owners are left out) and a shameful attempt to take away the property rights of West Virginians.

Stay Tuned
Look for this “invisible ink” bill and other bad bills to come back this legislative session, and get ready to make those calls. 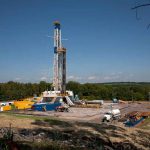 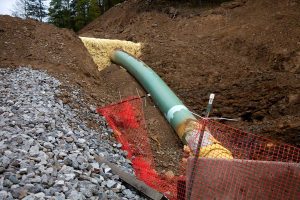 I own a share of a mineral tract and I have been included in (or threatened with) a partition suit. What should I do? A West Virginia Supreme Court case stops mineral partition suits. Use it!
Partition Suit Advice  Apr 2, 2020
Our Bills Passed – Help us encourage the Governor to sign them into law!
Updates and Alerts  Mar 6, 2020
Action Alert: Ask Senators to Vote YES for a Third Well Plugging Money Bill on Thursday!
Updates and Alerts  Mar 3, 2020
Alert: Protect Your Rights as Property Owners! NO to Intermediate Court
Updates and Alerts  Feb 25, 2020
WV Surface Owners' Rights Organization © 2016 Frontier Theme