There are only three weeks left in the 2015 Legislative Session and we wanted to make you aware (if you haven’t heard about them already in the news or from other sources) of several bills related to oil and gas development that are working their way through the process.

Of all the bills, we are perhaps most concerned about SB 423 and HB 2574, which goes to extremes in rolling back the provisions of SB 373, the “water bill” that was passed unanimously last year in the wake of the chemical leak that contaminated the drinking water of more than 300,000 people in Charleston and surrounding areas. However, once the law went into effect some lawmakers immediately suggested that implementation of the bill should be delayed and that the legislature should revisit SB 373’s “unintended consequences.” At the same time, various industries, including the oil and gas and chemical manufactures began pushing for changes that would exempt thousands of Aboveground Storage Tanks (ASTs) from the bill’s inspection and safety mandates.

From our perspective, a positive, if “unintended consequence” of the bill passed last year was that it has the potential to improve inspection of maintenance of tanks that affect or could affect groundwater and the many landowners who rely on private water wells for drinking and other uses.

SB 423 and HB 2574 go far beyond what we expected and effectively remove more than 99% of ASTs currently regulated under the AST Act, and include a blanket exemption for tanks associated with the oil and gas industry. The bill also ignores DEP’s risk-based rule, which was developed with extensive public input and divides tanks into three levels and requires more stringent protections for tanks that present the highest risks.

We need your help NOW to stop the gutting of SB 373 and rolling back the water protections gained by its passage.

Please call/email the members of the Senate Judiciary Committee and your legislators and tell them to “Vote NO on SB 423.” Tell them DEP’s risk-based approach of imposing stricter requirements on ASTs based on based on size, location and content is a better way to go than allowing blanket exemptions for certain industries like oil and gas.

A proposed committee substitute for the introduced bill would do away with the blanket exemption for the oil and gas industry, but give the industry the ability to be deemed compliant with the Act (at the discretion of the DEP Secretary) under existing rules and regulations — rules and regulations that don’t address tank integrity.

Please call/email the members of the Senate Judiciary Committee and your legislators and tell them to “Vote NO on SB 423.” Tell them you support more stringent inspection, maintenance and other requirements for ASTs owned and operated by the oil and gas industry.

Senate Bill 373, containing the Aboveground Storage Tank (AST) Act and the Public Water Supply Protection Act was passed by the Legislature last year in response to the Elk River chemical leak that contaminated the drinking water of more than 300,000 West Virginians on January 9, 2014. The AST Act required the DEP to conduct an inventory of aboveground storage tanks around the state and to develop regulations for consideration in the 2015 Legislative session.

A  report by the West Virginia Rivers Coalition and Downstream Strategies, offers analysis of initial aboveground storage tank registrations called for under SB373, illustrates why the bill is needed by documenting just how many tanks are close to rivers and streams, in addition to providing specific information on they contain and what industries own and have registered the tanks.

An addendum to that report highlights the major differences between the new, proposed legislation (SB 423 and HB 2574) and SB 373.

Impacts of the proposed legislation include:

HB 2688, which would allow for the forced pooling/unitization of interests in drilling units in connection with all horizontal oil and gas wells (with the approval of the Oil and Gas Conservation Commission), is also advancing.  The bill was approved by the House Energy Committee a little over a week ago and is being considered by the House Judiciary Committee as we write this.  We are short on time now to discuss all the specific provisions of the bill in detail, and the Committee has delayed further consideration of the bill until tomorrow (Wednesday, February 25) morning at 9AM.

We agree with other, such as the WV Farm Bureau and the WV Royalty Owners that the details of this proposal have come a long way since and that the current legislation is greatly improved from previous bills put forth by the industry. Although we conceptually support some of the surface owner protections in the bill (which include restrictions on surface use and the ability to acquire the mineral interests of unknown and unlocatable interest owners), and are working to clarify and strengthen them, we understand that many of our members are rightfully concerned about the impact of this legislation on property rights.

Our message to legislators has been that if they are going to passed forced pooling for the industry, they also need to implement the recommendations of the Horizontal Well Act studies to help surface owners.

These include the recommendation that the setback distance from homes be measured from the limit of disturbance, or edge of the well pad, rather than the center, as well as the following recommendations from researchers at WVU that should be adopted with regard to noise, dust, and other air emissions from horizontal drilling sites.

More soon.  Don’t forget you can listen in to committee meetings and floor sessions from the comfort of home via the Legislature’s website.  Click here to access live audio and video streaming. 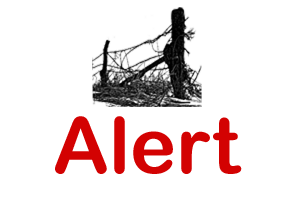