(Charleston, WV) The “Orphaned Oil and Gas Well Prevention Act” was introduced on this week on behalf of the West Virginia Surface Owners’ Rights Organization (WV-SORO). The legislation will prevent more oil and gas wells from being orphaned with no driller to plug them. In the Senate the bill (SB 576) is sponsored by Senators Randy Smith (R-Tucker) and David Sypolt (R-Preston). In the House of Delegates, HB 3065 was introduced by Delegate Evan Hansen (D-Monongalia).

If oil and gas wells are not plugged at the end of their productive lives they can leak gas into the air; leak oil and brine out onto the ground; and leak gas, bacteria laden surface and septic runoff, plus non-potable water into good groundwater and other formations. And all of this can devalue surface owners’ property in perpetuity. (A gallery of photos of currently orphaned wells can be found at here.)

Operators do not plug wells at the end of their lives even if they are losing money on the wells because it costs so much to plug them when their production has declined, and because the wells can be used to argue that old leases are being held by production. There are 12,000 wells in West Virginia that have stopped producing that drillers are already required to plug but have not, and the State has not made them!

Because of weak laws and lax enforcement, many drillers have already gone out of business leaving more than 4,500 of those wells orphaned with no driller to plug them! In 2018, the State only had money to plug one orphaned well, and can only plug five in 2019.

Two other good bills have passed the House but they only raise money to plug a small number of orphan wells, and do not prevent more from being orphaned. HB 2779 would plug maybe 200 the first year, and HB 2673 might plug 60 a year after that.

However, the orphaned well crisis will explode beyond the 4,500 wells that are currently because EQT and other major Marcellus Shale drillers are now trying to dump their responsibility to plug 17,000 more conventional, vertical oil and gas wells with declining production. These wells are located on surface and mineral owners across West Virginia. They are doing this by selling and transferring ownership of the wells to a company called Diversified or to its affiliates. WV-SORO tried to get a hearing to block that transfer but the DEP denied it.

In one disclosure to its shareholders on a stock exchange in Great Britain, Diversified said it, “. . . expects its producing oil and gas properties to reach the end of their economic lives . . .” in 2048. In another disclosure, its plugging schedule estimates that the next year, 2049, it will still have 50,000 wells to plug across Appalachia, and more than 10,000 of those are in West Virginia on the land farmers and other West Virginia property owners. If 2048 is the expected end of the economic life of Diversified’s wells, where is the money going to come from to plug these wells? WV-SORO predicts those will also become orphaned unless the WV Legislature takes action to stop this from happening.

At the root of the orphaned well problem are the blanket bonds that the laws in West Virginia allow drillers to use. Each driller can post a single “blanket” “performance” bond for all of the wells that it owns. For Diversified and its subsidiaries that is about $70 per well, and it costs  $25,000 to $65,000 or more to plug a well correctly.

The Legislature needs to require what we are calling “plugging assurance” in the form of single well “plugging” bonds or the deposit of money now for future plugging into an escrow in the State Treasurer’s office while the well is still producing. The amount set aside would be determined by the DEP and the Treasurer. Single well plugging assurance provided in the Orphan Oil and Gas Well Prevention Act needs to be required for any well that is transferred, for every new well, and for wells that are not now producing enough gas to pay to operate themselves. 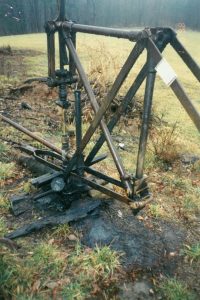 SB 694 passed by the 2022 Legislature authorizing forced unitization of mineral tracts is OK because it is good for surface owners, and OK for mineral owners
Blog, Leasing / Amendment Advice  Mar 14, 2022