There were lawyers representing the various parties with interests in coal, land, and oil and gas, and the West Virginia Oil and Gas Conservation Commission.  David McMahon, co-founder of WVSORO, and a public interest lawyer, presented oral arguments representing the interests of surface owners.

Judge Murensky commented that he had read all of the law briefs and that they were well written, and that oral arguments must focus on evidence already presented at the administrative hearing below.  He asked the most questions about the huge size of the gas fields for which the oil and gas companies had petitioned the West Virginia Oil and Gas Conservation Commission for special field rules with changes in well spacing. He inquired of each of the lawyers representing oil and gas interests plus the West Virginia Oil and Gas Conservation Commission about how large gas fields generally were relative to the existing issued orders from the Commission.

Judge Murensky also questioned why the lack of findings in the current orders of the West Virginia Oil and Gas Conservation Commission that would justify exceptions to the existing rule with regard to the size of the field, and 3000 foot well spacing.   He also stated that with too many exceptions to any rule, it would mean there was no longer a rule. 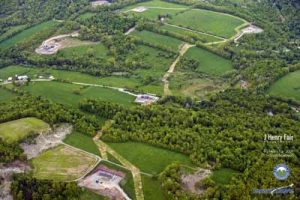