A study by scientists of 338 conventional vertical wells in thirteen counties in West Virginia found that 53% of active wells, 28% of unplugged inactive wells, and even 20% of plugged wells were leaking significant methane into the atmosphere — wasting gas, aiding global warning, and gypping mineral owners.  Clearly the State needs LOTS more inspectors than the current 1 for every 7000 wells.

Scientists Say Lots of Unplugged Oil and Gas Wells are Leaking Lots of Methane in W.Va.

Scientists tested four categories of conventional vertical wells in West Virginia for methane leaks.  This is the first time we know of  that fugitive CH4 emissions from active, unplugged/bonded and unplugged/orphaned conventional gas production have been seriously investigated. The  scientists tested active wells, they tested unplugged wells that still  had responsible operators, they tested unplugged wells that have been orphaned, and they even tested wells that were reported to the State to be plugged.  The wells were from 13 counties in north-central West Virginia.  They found even plugged wells were leaking methane in significant amounts.

If a hand-held methane detector detected more than 10 parts per million, then one of two scientific methods were used.

Even a rough extrapolation of this leakage to 60,000 active wells, 8000 unplugged wells with bonded operators, and 3,500 unplugged/orphaned wells yields an enormous amount of methane gas not only wasted, but released into the atmosphere contributing heavily to climate change.  In addition mineral owners should be getting more royalties if less gas is leaked!

In the past the West Virginia Surface Owner’s Rights Organization  (WVSORO) has complained that there are too few oil and gas inspectors and too little enforcement.  We exemplified that by the fact that there are 8000 unplugged wells that still have operators that should be getting plugged, and by the fact that 4,500 wells have gone unplugged for so long that the operators have gone out of business.  But even more obviously, the fact that there are this high a percentage of wells that are needlessly wasting methane into the atmosphere shows that the current ratio of having 1 inspector for every 7000 wells is not nearly enough.

It is necessary to start this with a discussion of terms because the West Virginia Code, and the title of the article, use a misleading term.  We will not use the term “abandoned well” which is frequently used because it is a term used in the Code.  We do not use it because it is misleading as to a subset of wells that fall under that statutory definition

First, we will use the term “active” for the conventional/vertical wells studied (not horizontals/Marcellus/shale wells) that are reporting production to the State by an operator.  Second, we will use the term “plugged” for wells that State records show have been plugged.  Third, we will use the term “unplugged-w/operator” for wells that have not produced for twelve months and should by state law already be plugged, but still have, according to State records, a “responsible operator” listing the well under its pittance of a blanket bond.  Fourth we will use the term “unplugged/orphaned” for wells that have not been plugged for so long that the driller/operator has gone out of business so there is no bond in effect — not that bonding has really worked for plugging wells.  West Virginia Code uses the term “abandoned” for both of these last two categories, but since the unplugged-w/operator wells still have an operator with the wells under their bond, those wells are not truly “abandoned” in the usual sense of the word.

So again we will use “active'”, “plugged”, “unplugged-w/operator”, and “unplugged/orphaned”.

It was not feasible to measure methane emissions from all 50,000+ wells in West Virginia.  So 338 were tested, including 112 plugged wells, 147 unplugged wells whether bonded with an operator or orphaned, and 79 active conventional wells in North Central, West Virginia.  (The countries were: Barbour, Braxton, Gilmer, Harrison, Lewis, Marion, Ritchie, Taylor, Tyler, Upshur, Webster, Wetzel, and Wood.)  Wells are not easily accessed in West Virginia, so only wells were tested where the well was in fifty meters of a public road, or where private permission to go on land had been obtained, or on the following public lands:  Mountwood Park, Lewis Wetzel Wildlife Management Area, Stonewall Jackson Wildlife Management Area and North Bend State Park.

For each well, a hand-held detector of methane (CH4) that could sound off if there was at least 10 parts per million was used.  It was very slowly moved across all parts of the well head, the surrounding infrastructure and over the ground near the well head to screen for fugitive emissions.  If methane was detected, then one of two highly accurate, scientific  measuring methods were used.  One was a dynamic flux chamber if the wellhead and anything else possibly producing methane would fit into the chamber.  If that was not workable then an inverse dispersion method was used — comparing methane concentrations upwind and down wind from the site.

The EPA estimates for fugitive methane emissions from active gas wells ussed in their top down estimate method is 18 grams per hour per wellhead as cited by the study.  By contrast  this study using bottom up actual well testing estimated that active conventional wells emit 139 grams of methane per hour.  Based on a sampling of reported production on the State website, that meant 8.8% of methane out of a well on average leaks — with some wells being very bad and raising the average. And again53% of active wells were leaking at least 10 ppm, 28% of unplugged wells of both types were leaking at least 10 ppm, and 20 % of supposedly plugged wells were leaking some amount of methane — a cubic foot every 4 or 5 days .

Some of these numbers surprised us.  We have been around lots of wells — plugged, unplugged and producing wells, and we do not often smell gas.  We contacted the authors of the study questioning our experience versus their testing, and they quite rightly pointed out that methane gas itself is odorless.  Oder is placed in that gas which is supposed to homes and businesses as a safety measure.  And some wells produce gas with impurities such as sulphur and hydrogen sulfide that do have an odor, but most do not. So the fact that we could not smell gas near wells was a misleading test.  And WVSORO’s concern for leaks from wells was thereby informed and heightened greatly by this study.

The significance of proper estimates of fugitive methane gas emissions in the evaluation of the effect of climate change is significant, but not our specialty.  What these new better estimates of fugitive methane leaks at well site does for us is to emphasize that there are not enough West Virginia inspectors out there, not only  not requiring wells to be plugged, but getting them and active wells to stop leaking, and making sure that plugging is done right. 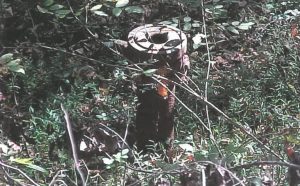