Listen to the
The West Virginia Land Reunion Song

Available on iTunes and CdBaby

The story behind the song:

In the early 1980’s a surge of conventional well drilling occurred in West Virginia in reaction to first the Arab Oil Embargo and then the Iranian Hostage Crisis.  The surge in drilling resulted in gross abuses of surface owners.  West Virginia Citizen Action Group (“CAG”) spun off the Oil and Gas Reform Coalition (“OGRC”) to lobby the West Virginia Legislature for protections for surface owners.  Some but not all of those were enacted!

During that time CAG held a retreat and invited nationally recognized labor and community organizer Si Kahn to attend.  Si Kahn was also a singer-songwriter to the extent that the Rolling Stone Magazine called him “A legend in his spare time”.  During the day at the retreat Dave McMahon and Perry Bryant used phrases that caught Si Kahn’s ear.  By that evening he had turned the phrases into this song.  The OGRC was successful in getting some protections for conventional vertical well drilling for surface owners in 1983

Timeliness of the recording:

The recording and publication of the song in 2016 are timely because the recent tsunami of the horizontal shale drilling and high volume frac’ing have caused an even greater surge in gas well drilling and even worse abuses of the rights of surface owners.  The Horizontal Well Act passed by the Legislature in a rushed special session in December 2011 promised surface owners studies of their problems, and then protections if the studies showed that surface owners needed protections.  The studies were done, and the need for protection was shown, but the protections have yet to be enacted by either the Legislature or the West Virginia Department of Environmental Protection.  In addition, other bills introduced every year for surface owners have languished.  Among them is one that would allow surface owners to get ownership of interests in the mineral tracts underlying their property if they are sold at tax sales.  Instead a bill was introduced and passed the West Virginia Senate (but died at the end of the session in the House of Delegates) that would have abolished “nuisance” law suits by neighbors affected by drilling.

The OGRC has morphed into the West Virginia Surface Owner’s Rights Organization (WVSORO).  WVSORO will again, in the 2017 session of the West Virginia Legislature, push for legislation for surface and small mineral interest owners such as implementation of the studies carried out pursuant to the Horizontal Well Act, letting surface owners get underlying  mineral interests sold at tax sales, and other issues. 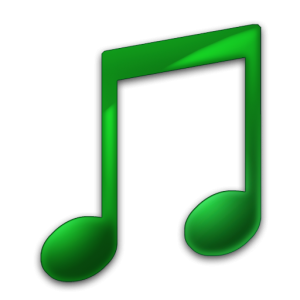