WVSORO will again be pushing for legislation to have the property rights of surface owners recognized, to increase their chances of owning some of the minerals under them, and to deal with orphaned wells and other environmental problems, etc.  We will also be active opposing legislation the industry introduces (out of its sense of entitlement) which will harm the interests of surface owners (including some fortunate few of whom are also small mineral interest owners).

Most of our successes in the past are as a result of the actions of the members of WVSORO back home being heard by their legislators.  Feel free to start contacting your legislators now.  And we will send alerts on legislation we are proposing once we have actual bill numbers.

Below are these issues:

I. Pass a Bill to Implement the Recommendations of the WVU Studies Required by the 2011 Horizontal Well Act

When the Horizontal Well Act was passed in a three day special session in December 2011, surface owners did not get many protections.  Instead the Act required studies on the impacts on surface owners to be done, and safeguards were supposed to be enacted if the studies showed the need.  The studies showed, according to the DEP, that safeguards were needed implemented “to reduce potential exposures” and” to provide for a more consistent and protective safeguard for residents in affected areas.”  The safeguards were never implemented.

II. Land Re-union. Pass a Bill to Let Surface Owners Step into the Shoes of the High Bidder If an Interest In Their Minerals Is Sold at a Tax Sale.

Ownership of the surface and ownership of the minerals should never have been separated.  Almost everyone agrees.  WVSORO  thinks there should be a “West Virginia Land Reunion”.   We have even recorded a song about it for you to listen to.

For this 2017 session we think the Legislature should pass a bill to allow surface owners to get back any of their minerals that are sold at tax sales.

III.  Pass a Bill to Use Funds Due to Unlocatable Mineral Owners in Partition Suits To Plug Orphaned Wells Instead of the Money Going to the State Treasurer’s Office

There is an “Oil and Gas Reclamation Fund” to plug the thousands and thousands of oil and gas wells that have been orphaned over the last century by oil and gas drillers who go out of business without plugging them.  The tsunami of horizontal drilling into the Marcellus Shale and other formations will cause lots more conventional drilling companies to go out of business without plugging their wells.  From 2010 to 2014 there was only enough money in the fund to plug just 6.  The Marcellus Shale tsunami has also resulted in many more suits being filed to partition mineral interest tracts.  The result has been lots of money being held by special receivers for heirs who cannot be found.  If the heirs do not turn up in 5 years the money goes to the Treasurer’s Office.  This bill would send that money to the Oil and Gas Reclamation Fund instead.

IV. Pass a Bill to Require Forfeited Bond Money To Fix the Problem on The Land That Caused The Forfeiture

If a drillers’ bond is forfeited by the State, the money should be used first to fix the problem on landowner’s land that caused the bond to be forfeited. 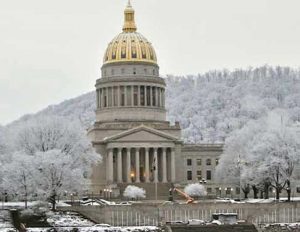