In the mountains of rural West Virginia, it’s a modern day gold rush. Breakthroughs in technology are allowing gas companies to tap a resource hidden deep in the earth, but at what cost? This episode of Journey OnEarth follows correspondent Roshini Thinakaran, a National Geographic Emerging Explorer, as she reports about the people most impacted by pollution, oil spills, and toxic chemicals and how the Marcellus Shale energy boom is devouring precious resources locals have depended on for generations.

The film features interviews with  Marty Whiteman and his daughter Sarah Wood – Wetzel County farmers who explain how surface owners like them are powerless to stop Chesapeake Energy from drilling because they don’t own the minerals beneath their land – and other members of the Wetzel County Action Group. The film also contains footage from a recent public hearing in Morgantown, WV where angry residents share their concerns about Marcellus Shale drilling and an interview with Julie Archer of the WV Surface Owners’ Rights Organization about the group’s efforts to get lawmakers to support a Surface Owners’ Bill of Rights.

Battle for Wetzel County is the third installment of an eight part short documentary series called Journey OnEarth.  The film was a National Geographic Editors’ Pick.   Read more here and watch the film at www.snagfilms.com/films/title/battle_for_wetzel_county. 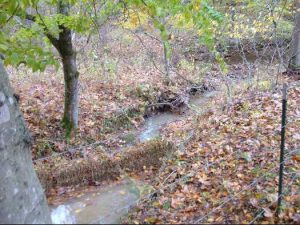