Originally published by The Charleston Gazette-Mail

I write in response to “Conservation makes for good business,” an op-ed column by a top official of Antero, a natural gas company, published May 28.

Texas and Oklahoma are wealthy from oil and gas. We can be too! That will not happen if we allow the drillers to take advantage of our ignorance and personal good natures. Getting wealth requires us to research and get advice to cure our ignorance; and it requires us to deal with drillers as business people and not as good-natured neighbors.

Also as a result, we have had increases in black lung disease among miners, as the autopsies of miners young and old at Upper Big Branch demonstrated.

Part of coal’s strategy is illustrated by the industry spending relatively small amounts of money on civic projects in order to build up good will with the public that, along with other strategies, allows coal to manipulate the political system.

My grandson plays soccer on the “Friends of Coal” field. There is also the tastelessly large Friends of Coal logo on the Charleston Civic Center basketball court floor. It is much cheaper for coal to do those things than to have regulations that shut down continuous miners automatically when coal dust gets too thick, or to post bonds sufficient to reclaim lands if a subsidiary goes belly-up.

But let’s not let such contributions be an effective strategy by drillers to avoid paying us the amount of money that the leases, rights of way and other things they want from us are worth to them, and let’s not under-regulate and under-enforce.

Some under-enforcement and under-regulation has already started. The Horizontal Well Act, passed in a rushed three-day special legislative session in December 2011, did not go far enough.

The Office of Oil and Gas, unlike other Department of Environmental Protection subdivisions, was given no power to initially fine drillers unless the DEP goes to Circuit Court to do it, and the DEP had to give the driller a chance to fix the problem before doing that.

So much for deterrence. And the “blanket bond” system that has West Virginia stuck with thousands of orphaned, unplugged conventional gas wells was reenacted for horizontal wells.

What is missing is only our willingness to avoid the same mistakes we made with coal.

The money is there if we will only insist upon it. I know of one Marcellus Shale well pad with nine wells drilled that will, over the life of the wells, produce $250 million or more.

Antero has drilled between 300 and 400 wells just in West Virginia. The amount of Antero’s contribution to the Nature Conservancy is likely equal to the gross value of gas produced by all the company’s wells in only about two-thirds of one second.

In the Peanuts comic strip, Charlie Brown said, “I love mankind. It’s people I can’t stand.” My view of the oil and gas industry is the opposite. I like almost every industry person I meet. But we must treat the industry like what it is — a group of competing business organizations beholding first to their stockholders. A neighborhood of friendly pet dogs is dangerous when it becomes a pack.

We must get it right this time — before it is too late.

Dave McMahon is a lawyer and a co-founder of the West Virginia Surface Owners’ Rights Organization. 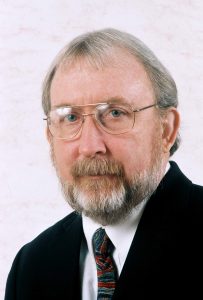