We are facing the industrialization of rural West Virginia.

A few years ago, Marcellus Shale gas was unrecoverable, and West Virginia was a relative backwater in the oil and gas industry.  The new techniques of high-volume hydraulic fracturing and horizontal drilling have made a sea change in all of that.  The Marcellus Shale is now the second largest field of gas — in the WORLD.  It is twice the size of the gas fields in Saudi Arabia.  Major oil companies like Exxon are buying up gas resources here.  Conventional shallow wells that cost $300,000.00 to drill have given way to 6 to 8 horizontal wells drilled from one well site.  And each horizontal well costs $3 Million or more to drill.  This drilling causes an exponential increase in surface disturbance, water use and waste disposal. It also requires compressor stations and staging areas and greatly increases demands on roads and other infrastructure.

The following images show the industrialization of rural West Virginia that is occurring because of Marcellus Shale development and the associated problems that require a response from West Virginia’s state government.

Prepared by David B. McMahon • Attorney at Law
Copyright December, 2010 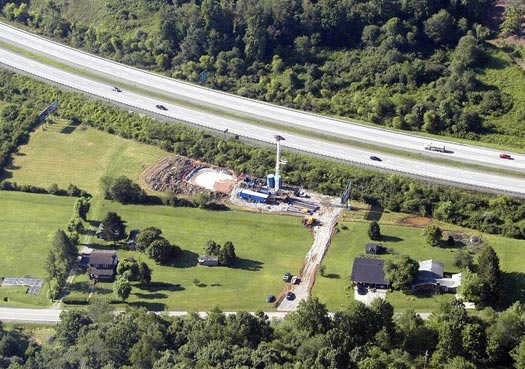 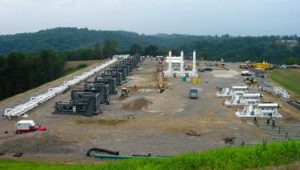 A presentation on the Geology of the Marcellus Shale
Resource Gallery  Feb 29, 2008
WV Surface Owners' Rights Organization © 2016 Frontier Theme
Send this to a friend