Also see: Notice of Intent to Sue and Key Findings from Earthworks’ report

WASHINGTON, D.C.  (August 26, 2015) – A coalition of environmental organizations filed a legal notice with the U.S. Environmental Protection Agency today demanding regulations to stop oil and gas companies from dumping drilling and fracking waste in ways that threaten public health and the environment.

The West Virginia Surface Owners Rights Organization joined the Environmental Integrity Project, Natural Resources Defense Council, Earthworks, Responsible Drilling Alliance, San Juan Citizens Alliance, and the Center for Health, Environment and Justice in taking the action. The groups are calling on EPA to comply with its long-overdue obligations to update waste disposal rules that should have been revised more than a quarter century ago.

“With the advent of horizontal drilling, the scale of drilling operations and the amount of waste being generated have increased exponentially,” said Julie Archer, a manager with the West Virginia Surface Rights Organization, based in Charleston. ” Although the West Virginia has taken some steps to improve regulation, the state’s approach of permitting horizontal drilling without carefully considering whether current methods of waste disposal are appropriate or adequate has created a problem for which there are no good solutions….We look forward updated regulations from the EPA.”

The organizations that filed the petition with EPA argue that, for example, EPA should institute stricter controls for underground injection wells, which accept two billion gallons of oil and gas wastewater every day and have been linked to numerous earthquakes in Ohio, Oklahoma, and Texas. EPA should ban the practice of spreading fracking wastewater onto roads or fields, which allows toxic pollutants to run off and contaminate streams. And EPA should require landfills and ponds that receive drilling and fracking waste to be built with adequate liners and structural integrity to prevent spills and leaks into groundwater and streams.

“We’re asking that EPA finally do what it found to be necessary back in 1988:  update the regulations for oil and gas wastes,” said Adam Kron, attorney at the Environmental Integrity Project.  “The oil and gas industry has grown rapidly since then, and yet EPA has repeatedly shirked its duties for nearly three decades.  The public deserves better protection than this.”

The groups notified EPA that they will file a lawsuit in 60 days unless the agency complies with its duty under the Resource Conservation and Recovery Act (RCRA) to review and revise the federal regulations governing how oil and gas waste must be handled and disposed.  RCRA requires that EPA review the regulations at least every three years and, if necessary, revise them.  The agency determined that such revisions of the regulations were necessary to address specific concerns with oil and gas wastes more than 25 years ago, yet has failed to meet its legal responsibility to act.

“Oil and gas waste is extremely dangerous—yet the EPA admitted decades ago that federal rules are inadequate to protect the public,” said Matthew McFeeley, attorney at NRDC.  “The scary truth is that right now this waste—complete with carcinogens and radioactive material—is being dumped irresponsibly or disposed of like everyday household garbage. Toxic waste should not be sent to run-of-the-mill landfills, sprayed on our roads and fields, or stored in open air pits.”

Over the last decade, the oil and gas industry’s fracking-based boom has produced a vast amount of solid and liquid waste. Each well produces millions of gallons of wastewater and hundreds of tons of drill cuttings, which contain contaminants that pose serious risks to human health. These include known carcinogens such as benzene, toxic metals such as mercury, and radioactive materials. However, the current RCRA rules that govern oil and gas wastes are too weak because they are the same rules that apply to all “non-hazardous” wastes, including household trash.

As a result, oil and gas companies are handling, storing, and disposing of these wastes in a number of troublesome ways. These include: spraying fracking waste fluids onto roads and land near where people live and work; disposing of billions of gallons of oil and gas wastewater in underground injection wells; sending the drill cuttings and fracking sands to landfills not designed to handle toxic or radioactive materials; and storing and disposing of wastewater in pits and ponds, which often leak.  Across the U.S., there are numerous instances of wastes leaking out of ponds and pits into nearby streams and the groundwater beneath, and operators often “close” the pits by simply burying the wastes on site.

Aaron Mintzes, Policy Advocate for Earthworks, said: “While it’s sadly common for states to fail to enforce their own oil and gas oversight laws, it is especially shameful that we should have to sue the Environmental Protection Agency, the only federal agency solely dedicated to protecting the environment and human health, to force EPA to fulfill its legal obligations to protect us from fracking pollution.”

The following are some examples of problems caused by the improper disposal and handling of fracking and drilling waste:

EPA’s current regulations do not take into account the dangerous contents of oil and gas wastes or their unique handling and disposal practices.  Since 1988, the agency has acknowledged the shortcoming of its basic rules for solid waste management and has indicated that it needs to create enhanced rules tailored to the oil and gas industry. However, the agency has yet to take any action to develop these updated regulations.

“Improper handling of drilling waste threatens the health and safety of 3.5 million Pennsylvania residents whose drinking water comes from private wells,” said Barbara Jarmoska, who serves on the Board of Directors of the Responsible Drilling Alliance, a nonprofit advocacy group based in Lycoming County, Pa.  “It is past time for the EPA to put public and environmental health and safety first. EPA should revise existing regulations and specifically address issues relevant to the modern oil and gas industry.”

If EPA does not act within 60 days of today’s notice letter, the groups intend to ask a federal court to set strict deadlines for EPA to complete this long-needed update and strengthening of its regulations for oil and gas wastes.

“These are not your mom and pop wells of the 1980s, and their waste can no longer be ignored and listed as being non-hazardous,” said Teresa Mills, director of the Ohio field office for the Center for Health, Environment, and Justice.  “For the agency to continue to classify millions of gallons/tons of hazardous material as non-toxic is mind-boggling.  The free ride for the oil and gas industry must come to an end, now.”

The West Virginia Surface Owners’ Rights Organization is a statewide membership organization representing over 900 members, almost all of who live or own land in the state’s oil and gas producing counties. One of the organizations primary purposes is to educate its members and the public regarding surface owners’ rights and the environmental and other impacts associated with oil and gas exploration and production. Website: www.wvsoro.org

The Natural Resources Defense Council (NRDC) is an international nonprofit environmental organization with more than 2 million members and online activists. Since 1970, our lawyers, scientists, and other environmental specialists have worked to protect the world’s natural resources, public health, and the environment. NRDC has offices in New York City, Washington, D.C., Los Angeles, San Francisco, Chicago, Bozeman, MT, and Beijing. Visit us at www.nrdc.org and follow us on Twitter @NRDC.

The Environmental Integrity Project, based in Washington, D.C., is dedicated to advocating for more effective enforcement of environmental laws across the U.S.   The organization provides objective analyses of how the failure to implement laws increases pollution, and it holds governments and corporations accountable to protect public health. Learn more at www.environmentalintegrity.org and follow us on Twitter @EIPOnline.

Earthworks is a nonprofit organization dedicated to protecting communities and the environment from the adverse impacts of mineral and energy development while promoting sustainable solutions. Earthworks stands for clean air, water and land, healthy communities, and corporate accountability. Website: https://www.earthworksaction.org/

The Responsible Drilling Alliance is a registered 501(c)(3) education and advocacy coalition, based in Pennsylvania that seeks to educate members and the public about deep shale gas drilling and all of its ramifications. The alliance advocates for federal, state and local regulations needed to protect our economy, environment, health, safety and quality of life. Website: www.rdaPA.org

The San Juan Citizens Alliance is a Colorado-based grassroots organization dedicated to social, economic and environmental justice.  The alliance organizes San Juan Basin residents to protect the basin’s water and air, public lands, rural character, and unique quality of life while embracing the diversity of the region’s people, economy, and ecology. Website: http://sanjuancitizens.org/

The Center for Health, Environment & Justice (CHEJ) mentors a movement, empowering people to prevent harm to human health caused by exposure to environmental threats. Through training, coalition building and one-on-one technical and organizing assistance, CHEJ works to level the playing field so that people can have a say in the environmental policies and decisions that affect their health and well-being. Website: http://chej.org/

Apr 5 2021  Updates and Alerts
The Legislature is cutting the budget for oil and gas well inspectors, not fixing it! 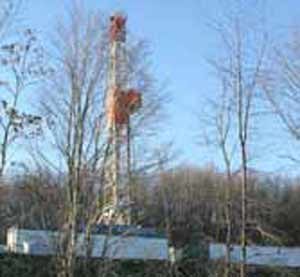