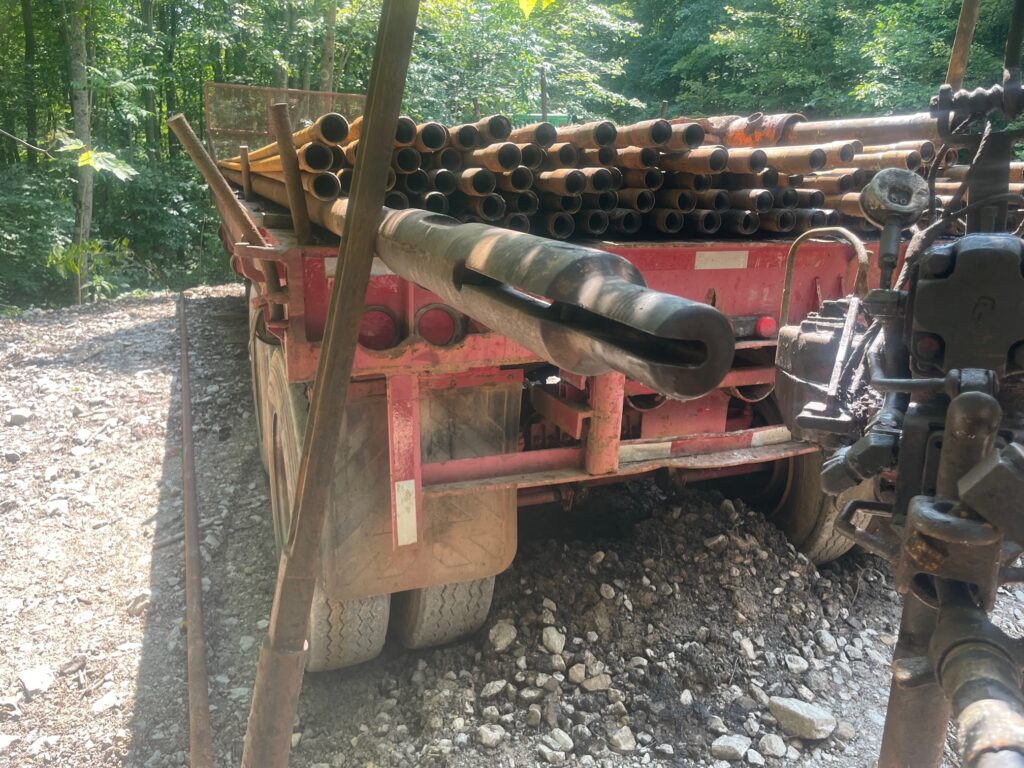 The plugging has begun.  The pressure from the gas-bearing formation (and there is probably not much pressure left) has been “killed” as explained in a futuer slide.  The plugger has started pulling out the tubing and loading it onto this flatbed truck to be hauled away and scrapped.  The UN-cemented casing will also be pulled from the well and will be placed on this or a similar flat bed trailer and hauled away.

The bigger ending close to the camera may be some kind of “tool” that may be used used to capture errant tubing or casing pipe in order to grab it and pull it out.

[Note.  As this slide show has been created, Diversified has asked for a variance from the State for a shortcut on its plugging jobs.  It wants to be able to leave some of the casing in the well and then, in order to make  the cement bridges explained later, Diversified wants perforate holes in the production casing where the cement bridges need to be placed in order to create a barrier from gas etc. passing through the bridge.  Then Diversified wants to put cement at those appropriate depths inside the casing pipe, but also push cement through the perforations at those depths into the annulus (the space between the outside of the metal pipe casing and the rock that forms the outside of the borehole.) to complete the bridge barrier.   WVSORO has opposed this shortcut, particularly until a study is done why 20% of a sample of plugged wells in 13 counties are leaking methane.