WVSORO first was asked about 3D seismic surveys in early 2010 when Chesapeake Energy hired Dawson Geophysical to do seismic testing there.  It was a learning process for us.  And it was difficult because Chesapeake representatives always had to go up the chain of command to be able to give us any answers.  What we learned during that process is now on our webpage that resulted from that experience.  You might want to read that web page now or after you read this or both.  The experince of one owner who signed a permit for Dawson is on this web page.  ION’s techniquest may be different.

Like the Dawson outfit that did Upshur County, it appears that rather than doing title work in the courthouse deed room, they are using the surface tax map data and sending permit request to the people who get the property tax bills for the tracts indicated on the surface tax maps.  In fact their permit requests ask whether the people receiving the requests are just surface owners or also own minerals etc.  So you will get a permit request no matter whether you own surface and minerals or whether you  own just surface – all no matter who owns the minerals.

ION has been better than Chesapeake at revealing their plans.

According to ION, they will first send in surveyors who will use GPS (Global Positioning System satellite sensors) to locate the places where their technicians have decided the shots should occur.  (This is good because they will not need to chop down trees or even brush in order to get site lines the way they would with normal survey transit equipment.)  You will get a map (and if not you should ask for one) showing approximately where they want to put the shot holes and geophone sensors.

Next they will send in people with drills to drill the shot holes.  Often they will bring in the drill by helicopter.  In some areas instead of a helicopter they will use a rubber tracked “doodle bug” — something like a bobcat.  The shot holes will be 25 feet deep and 3 inches around.

They will also come through and put geophones in different places in order listen to the shock wave that bounces off the rocks deep the ground when the shots are set off.

At some point they will put an ammonium nitrate-based explosive charge at the bottom of the hole.  They say this is an explosive that the federal Bureau Alcohol, Tobacco and Firearms says will, after three of four months become inert (just in case the shot does not go off when it should).  The explosive is in fact based on the same thing that some fertilizer is made out of.  On top of the charge they will put a layer of fine gravel and a layer of bentonite clay to seal the hole, and then the rest of the hole will be filled with cuttings.  They will run two wires from the explosive up to near of the top of the hole.

Be sure to read the main seismic web page on this website we did when Dawson Geophysical was doing 2D and 3D seismic work in a large area of Upshur County.  It will explain our belief of when you have to let them on and do not have to let then on to your property.  In addition, importantly, it is our position that sometimes if you have to let them on to do geophysical testing of what is under your land, you do not have to let them onto your land to do the 3D testing that will tell them what is under neighboring land.  That could keep them from coming onto your land at all because it is the 3D information that they are really interested in.  Also in some situations you can tell them not to keep/share what they learn about what is under your land while doing testing on neighboring land.  Read that carefully!

If you have to allow them on your property, should you sign the permit?  Even if you do not sign the permit, you should reply to them and tell them about where your buildings, water wells, springs, etc. are and  where any pipelines are!   Just send it back without signing.  (Always keep a cop of what you send back.)  Also tell them about any locked gates and other gates whether you want them kept closed or locked.  If you don’t sign/take the money they can still come onto your property do whatever is fairly necessary and not reimburse you.  If they do more than is fairly necessary, they should have to reimburse you, but if they will not agree, you will have to go to court.  If you have to go to court, you are better off if you did not sign.  If you do sign there is some question whether if they did something like set your meadow on fire, cracked the foundation of the building, etc., they would have to pay more than the $3.00 an acre they are promising to get your signature.  They probably would.  But if they decided that they didn’t want to do that, you would have a hard time in Court getting more than your $3.00 if you signed.    They are only offering $3.00 an acre as this is written, which does not seem like much of an incentive to sign something.

There is an addendum to the permit that the Preston County Alliance folks have negotiated.  It does directly agree to repair or reimburse any land owner at fair market value for any damages that would occur.  This is better than the basic permit.  If you are someone who has to allow this on their property it might be worth signing if and only if you get the PCA addendum for that clarity of their duty to reimburse you for damages.

If you are someone who can keep them from doing the testing on your land, or even from revealing the results under you land from testing on neighboring lands, should you do that?  It depends on your goals.

Something that is not mentioned in ION’s seismic permit request or in the addendum is to give you notice when they are coming through to survey, to bring helicopters in, or to set off the shots.  They say that their company policy is to let people know a week or two before they are going to each of these processes.  You may find that is probably OK for the surveyors.  However if you have farm animals like horses that need to be put in barns when spooky things happen, this may not be enough notice.  So you may need to insist on shorter notice so you can take care of your stock.

If you are someone you does not have to allow them unto your property, but are willing to let them do it out of neighborliness or because you want them to find out how good the Marcellus is (or is not) under you, then you are in better negotiating position to insist on having notice that is timely enough for you to protect your stock and get the PCA addendum.

In the end, we think the second most important thing is, if they are going to come on your land whether you sign a permit or do not, that you let them know the vulnerable features on your land such as wells, springs, foundations, pipelines, as well as stock etc. so that they can take measures to protect them, and so if something does happen, you can say “I told you so”.  It might also be good to photograph or video tape foundations, have your wells and springs tested, even if just the basic health department test, and a flow test.

In the end, we think the most important thing, is that this seismic testing on your land or in your neighborhood means that Marcellus Shale horizontal drilling could well be coming your way!  The impact of seismic testing is negligible compared to actual drilling – in terms of surface impact if you are a surface owner, in terms of royalty etc. income if you are a mineral owner, and in terms of road use and other community impacts if you are in those groups or just someone else.  You should be educating yourself about what that means for you in your particular situation and what you want to do about it 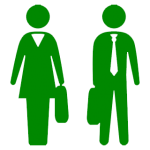 Jun 30 2010  Seismic and Geophysical Advice
Dawson Geophysical wants permission to do seismic testing on my land! What should I do?