Update, October 2019: The West Virginia Supreme Court has decided a case called Andrews vs. Antero Resources Corporation, 241 W.Va. 796, 828 S.E.2d 858 (June, 2019).  The case was a disappointment for the group of surface owners involved directly in that appeal.  However, another case in the Supreme Court was great because it decided that if you are a surface owner where the well pad, road, impoundments etc. are going, then in almost every case the driller needs to get your agreement to use your land for their work, and if they did not, you have a law suit.  Here is our web page about that.

We also believe that you have a law suit if they talked you into signing an agreement to use your surface for anything because they said that the law said that the driller did not need your agreement!

In either case above you could sue for several hundreds of thousands of dollars.  There is more about that in our analysis at the link below.

In addition we still think that you have a lawsuit if you were just a neighbor to drilling activities and you were affected.  If there are well bores under your land, but your land was not used for boots-on-the-ground activities like a well pad, road or impoundment of water, then you may still be able to sue for nuisance if  you suffered noise, lights, dust, traffic, etc. that was not reasonably necessary OR (and this is true in almost every case!) if what happened to you was the result of the production of gas using horizontal well bores that were not, or were only partly, through the mineral tract under you!

And of course if there was no activity on you, and if their well bores did not go into the mineral tract under you, and if you suffered from noise, lights, dust, traffic, water problems etc., you also have a nuisance law suit.

Here is our analysis of the Andrews decision of the West Virginia Supreme Court that we believe leaves open all these law suits against drillers who may have given you problems.

These areas of the law are complex.  If you have been affected by drilling, you should see a lawyer, or at least contact us.

When the driller files for a permit from the State Department of Environmental Protection, you can comment on certain aspects of it.  Watch the paper for notices.  Or call the DEP and ask if a permit application has been received yet.

Beyond that, you might just have a law suit!  WVSORO is mostly experienced representing and advocating for people whose land is actually used for drilling activity.  So our advice will be limited here.

There are two or three kinds of law suits  you might be able to bring.

The first kind of law suit you might have is a nuisance law suit against the driller.  A nuisance is “the violation by the defendant of that duty which he owes to use his property and rights as not to injure those of others.”  Michies Jurisprudence, Volume14A, “Nuisances”, §2.  So things like noise, light, smells, pollution and so on can be the basis for a nuisance law suit.  If the damage has already been done, you may be able to find a lawyer that will take your case for damages and an injunction from future damages on a percentage [“contingent fee”] basis.  If you want to get an injunction to stop it from happening in the first place, your lawyer may need you to pay up front to bring the law suit.

Similarly, if the driller gathers or redirects surface water on to you, a related kind of law suit can be brought.

Also similarly, if your water well goes bad, you may have a nuisance or other kind of law suit.  And in this situation there is even a statute giving a presumption that may apply to you and may help you get compensated.  Also,  the State may help with this, so you should call the DEP first thing and see if the State can help.  Be sure to get your water tested before they start drilling so the driller cannot try to say your water was bad before they showed up.

So if the well pad on the neighboring surface tract is being used to drill a horizontal well bore or frac into the mineral tract under you, you probably do not have nuisance suit.  Instead you will have to bring a second kind of suit for exceeding the drillers rights to reasonable use of your surface, or for disturbing your surface for their long horizontal well bores into neighboring tracts.

Sometimes the driller will offer to buy out the land of people who have homes near the well pads.  See our web page on that. 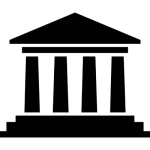