Surface facilities.
Slide WVSORO May 5, 2022
This drawing is simpler and a little more to scale, plus it also shows some of the larger surface features of an active gas well.  These surface features/equipment include:  The well head and its ipes connected on the top of the casing and tubing.  A tank for oil at an oil well or at a gas well sometimes for brine or other liquids that sometimes comes up with the gas from some formations/locations.  Some kind of metering/measuring system.  More

Tubing inside casing.
Slide WVSORO May 4, 2022
In addition to the metal casing pipe, another smaller metal pipe is inserted down to the producing target formation inside the smallest casing pipe.  It shows up in blue in this drawing.  This smaller pipe is called the "tubing".  It is through this tubing pipe that the gas actually flows up to the surface.  More

Why an old well is plugged, not “capped”; and how a well is supposed to be plugged; and why a lot of oversight of well pluggers is needed.
Resource Gallery WVSORO May 4, 2022
WVSORO has created a new slide show on its website that shows how well plugging should be done, to show how plugging it is not “capping” a well, and to explain why plugging companies need lots of oversight to prevent well pluggers from yielding to the financial temptation to do an easily hidden bad job. More

SB 694 passed by the 2022 Legislature authorizing forced unitization of mineral tracts is OK because it is good for surface owners, and OK for mineral owners
Blog, Leasing / Amendment Advice WVSORO March 14, 2022
Forced unitization bills, often termed "forced pooling" bills, have been very controversial for years.  WVSORO has always said a good forced pooling bill would be a good thing because it lessens the number of wells and well pads needed to produce natural gas for whatever market there is for natural gas.  It is just that in prior years we have never seen a good bill, just one that favors industry over surface owners and those of our members who also own some minerals.  This year's bill, SB 694, is not quite a "good" bill, but because of all the good surface protections it contains, and because it is OK to most mineral owners, and because the industry dominates the Legislature and could do so even more after the next election, WVSORO thinks this bill is OK and told the Legislature so.  More
Issues: Pooling

West Virginia landowners need your help!
Updates and Alerts WVSORO February 28, 2022
West Virginia used to have only 1oil and gas inspector for every 4000 oil and gas wells!  And there are  75,000 wells and more than 20,000 associated tanks. During that time a study by Princeton and McGill universities found that a sample of 79 active, conventional, vertical wells in 13 counties was leaking an average of 9 cubic feet of gas – per hour. More
Issues: DEP, Oil and Gas, Pollution

Tell Legislators: Fully Fund the DEP Office of Oil & Gas
Updates and Alerts WVSORO February 13, 2022
The DEP Office of Oil and Gas is in a funding and staffing crisis. Currently, the Office only has 9 inspectors overseeing approximately 75,000 wells and 28,000 tanks across the state. That’s 1 inspector for every 8,000 wells. Bottom line: DEP needs more resources to properly manage its oil and gas program, and the industry should pay its fair share for doing business in the state. Urge your legislators to support solutions to the funding and staffing crisis. More
Issues: DEP, Legislation, Pollution

Lack of Inspections Leads to Leaking Gas Wells
Press Release WVSORO February 7, 2022
A 2018 study by Princeton and McGill Universities has come to light showing that 53% of active, conventional, vertical gas wells were leaking an average of 9 cubic feet of gas -- an hour. Lack of inspections lead to the leaking wells discovered in the study. More
Issues: Abandoned wells, Orphaned wells, Pollution

Surface Owners’ News – Fall 2021
Newsletter WVSORO December 1, 2021
This issue includes several articles on the problems with unplugged, orphaned oil and gas wells, and what is (and isn't) being done to address these problems. We also take a look back at the 2021 legislative session, and a look ahead to 2022.  More
Issues: Aboveground tanks, DEP, Legislation, Orphaned wells

What a depleted oil or gas well should look like after it is plugged
Resource Gallery WVSORO November 3, 2021
Plugged well cross-section drawing and Monuments the driller is supposed to leave after the well is plugged More
Issues: Abandoned wells, Oil and Gas, Pollution

Scientists say lots of unplugged (and plugged) oil and gas wells are leaking lots of methane in West Virginia
Blog WVSORO October 20, 2021
A study by scientists of 338 conventional vertical wells in thirteen counties in West Virginia found that 53% of active wells, 28% of unplugged inactive wells, and even 20% of plugged wells were leaking significant methane into the atmosphere -- wasting gas, aiding global warning, and gypping mineral owners. Clearly the State needs LOTS more inspectors than the current 1 for every 7000 wells. More
Issues: Abandoned wells, Pollution

Surface Neighbors Can Still Sue for Nuisance Sometimes
Pads and Other Disturbance Advice WVSORO June 14, 2021
Elsewhere in this newsletter is an article explaining that as a result of a West Virginia Supreme Court decision, in almost all cases, surface owners can sue for substantial money if a driller uses their surface for a pad, road etc. for a horizontal  well -- even sometimes if the surface owner already signed an agreement. More
Issues: Horizontal wells, Nuisance suits, Roads, Well pads

The Legislature is cutting the budget for oil and gas well inspectors, not fixing it!
Updates and Alerts WVSORO April 5, 2021
The staffing level of the DEP Office of Oil and Gas was cut from 40 to 25 positions last year due to a budget deficit. There is now only 1 oil and gas inspector for every 7000 oil or gas wells and their associated tanks in West Virginia. More
Issues: Aboveground tanks, DEP, Oil and Gas 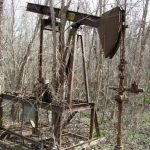 WVSORO  and WVRC file comments against Diversified pilot project to take shortcuts plugging wells.
Updates and Alerts WVSORO March 18, 2021
Diversified Gas & Oil wants to plug wells without first pulling out the metal casing that is not cemented into the well borehole.  WVSORO is concerned that this cannot be reliably done, and that the metal casing, when it eventually rusts away, will leave a pathway for gas to travel up to groundwater or the surface.  More
Previous  Next